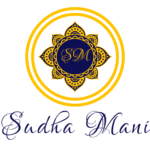 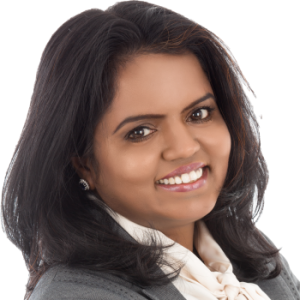 Sudha helps entrepreneurs use tools, strategies and techniques effectively to WORK ON THEIR BUSINESS so that they achieve time, financial and personal freedom by building a legacy.

Ways to Make Money with Bitcoins

Believe it or not, you can make money with bitcoins – and in more than one way. Even though there are only a total of 21 million bitcoins, the value of each coin goes up over time (and down sometimes) depending on the market. You can make money by mining for bitcoins, buying and selling, or getting paid in bitcoins. Letís look at some options for making money with bitcoins.

Micro Earning Sites: These are websites that pay you in bitcoin for doing tasks. They will pay you to do small jobs, but you will be paid low rates. The idea is that the bitcoins will increase in value. It is the most comfortable but most time-consuming way to earn bitcoins.

Bitcoin Faucets: These websites give away small amounts of bitcoin to users when the user views an advertisement or completes a survey. You wonít make a lot of money doing this, but again the idea is that the value of the bitcoin should increase over time. If you are not doing anything else, it is an option.

Micro Jobs: You can use websites like CoinWorker.com to complete tasks such as testing a plugin, retweeting someoneís post and other acts to gain bitcoins. Your pay will be a lot lower than you could make in dollars, but the potential is there to earn more.

Earn Bitcoins by Writing: You can get paid in bitcoin by writing about bitcoins. There is a need for more education. You can choose to accept bitcoin on your own site, or you can join a freelance website that pays in bitcoin such as WorkingForBitcoins.com.

Buy and Sell Bitcoin: Like any other type of currency, you can buy and sell it. One of the best tricks is to buy low, and sell high having said that it is always the case with any financial instruments. This can be tricky but itís entirely possible to make money with bitcoins in this manner if you know how to follow the market.

Build and Manage a Bitcoin Faucet: Some people earn up to $800 a month with their own bitcoin faucet. Itís complicated but you can find a guide online that teaches you how to do it effectively. There is even a bitcoin faucet plugin for WordPress.

Selling Your Own Products or Services: Naturally, you can set up your business to accept bitcoin. By doing that, youíll earn more bitcoins and hopefully be able to trade them for cash as the price of bitcoin gets more expensive over time.

Bitcoin Mining: The Miners are the ones who are building the public ledger. They create new blocks, and when they do so, they are rewarded with new bitcoins. This can be an expensive way to earn bitcoins because you have to buy a mining rig or join a mining pool, but it is an excellent way to do it – as well as the oldest way.

As you can see, there is money to be made with bitcoins. You just have to jump in after you learn all that you can about bitcoin, its uses, and the system. It can be confusing at first because it all seems theoretical but itís very real. And once you get going, youíll understand it and be able to earn more money than you may have thought.

Disclaimer: I am not a financial advisor. I just tinker around and I taught myself.  So, please do take care when investing, yes there are more chances to make money with bitcoins.

Made with ❤ by Sudha Mani